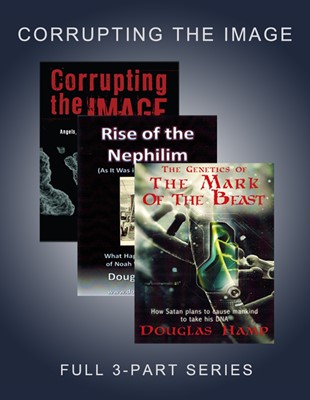 Corrupting the Image
Angels, Demons, and the Antichrist Revealed
Something ominous is coming upon the world: it is Satan's final effort in the battle which has been raging since the beginning of time.
AS LITTLE AS
$4.99
Learn More
Corrupting the Image

Choose your preferred way to watch

Douglas Hamp graduated from the Hebrew University of Jerusalem with an M.A. in the Hebrew Bible and Its World where he specialized in ancient languages including Biblical Hebrew and Greek. He served as an assistant pastor at Calvary Chapel Costa Mesa for six years, where he lectured and developed curriculum at the School of Ministry, Spanish School of Ministry and Calvary Chapel Bible College Graduate School.

He is the author of Discovering the Language of Jesus, The First Six Days, Corrupting the Image, and the Millennium Chronicles, as well as numerous articles, and DVD presentations. He lectures frequently on biblical languages, creationism and End-Times Bible Prophecy in the United States and internationally in English and Spanish. His linguistic insights have made him a sought after speaker at conferences with thousands in attendance as well as a guest on radio shows with millions of listeners such as Coast to Coast and Southwest Radio and TV such as Prophecy in the News. Douglas is a committed follower of Yeshua (Jesus).